A $2 paper strip can diagnose hundreds of diseases 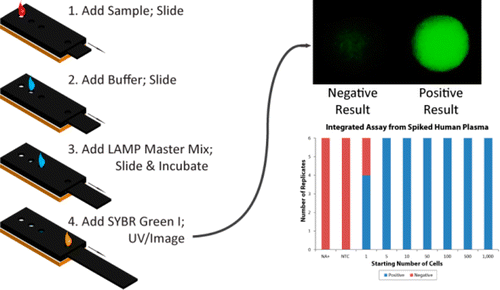 We all know that DNA testing is considered as a typical feature found in hospital laboratories. It is a way of assisting doctors to identify different kinds of diseases on their patients. The said industry consist of setting up samples, increasing nucleic acid sequences, and even identifying the existence of specific sequences of DNA. That is why it also needs well-trained staffs, specialized equipments, and all of them take painstaking but accurate work.

We all know how much all that costs and it is no surprise that it needs a lot of money. In order to have such laboratory in a hospital built, the hospital must have enough funds to support such a sterile environment with all its modern technology.

Sadly, there are places around the world that exist that do not even have hospitals to begin with. Usually, third world countries have such issues especially when the said area is located on a remote place. That is the reason why the people behind the project made the portable paper machine a reality so they can help the people who need them most.

Even with the kind of technology that we have nowadays, a lot of hospitals around the world lack these diagnostic proficiency. Thanks to the Diagnostics for All Foundation and Harvard University, a new device was developed that guarantees to bring DNA testing to the most isolated and inaccessible parts of the world.

The researchers behind this special project named this one as the ‘paper machine’. It is a microfluidic device that is obviously made out of paper and believe it or not, it only costs about two dollars to produce. The person who will be using this paper machine does not need that much training simply because the steps are easy to follow. The user will only have to do the following:

This device has a central sliding plate that will be pulled by the person using it one notch after each step in the four-step testing procedure. This fundamentally automates the procedure of adding the sample, familiarizing the wash buffers, then the amplification master mix, followed by a stain dye as soon as the incubation is finished. In order to illuminate the sample’s result, one can use a simple black light along with a smartphone camera in order to spot the existence of the dye.

They have already tested the $2 paper machine, the researchers behind it condensed sample planning, DNA examination and detection steps into their super affordable yet working hand-held paper machine. So far so good, this paper machine has identified that the test samples have at least a few as five cells of E.coli present. Amazingly, the said results can now be known using an ordinary UV light and your common smartphone camera. At this point, the researchers informed us that they are still refining this simple machine to make it even simpler and easier to use by the common man.

Who knew that such simple technology can do wonders to people who need them most? According to the people behind this project, their main goal is simple: They want to provide a simpler and cheaper way of determining diseases for people who have little to no access to expensive laboratories in hospitals in order to conduct such tests. They are beyond thrilled that their invention is finally becoming a reality.