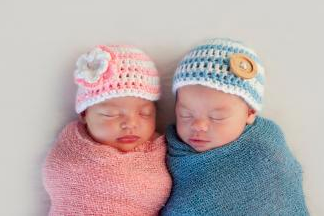 Can a set of twin girls have two fathers? Well, in a family in New Jersey, yes.

A mother of two-year old twin girls is seeking child support from the alleged father of the twins. According to the mother’s paternity case, she mentioned that she had sex with two men within one week and so the judge requested for a paternity test, which established that the twins has two different fathers. The women will now receive 28$ per week from the new father.

The decision of the judge was also based on prior supporting scientific evidence of superfecundation. A study made by Dr. Karl- Hanz in 1997 that 1/13,000 paternity reports involving twins have different biological father. According to Dr. Keith Eddleman, the process is called superfecundation in which two eggs where fertilized in one menstrual cycle by two different sperms. The twins with two fathers are also called heteropaternal twins or bipaternal twins.