At an apartment complex Burnaby, British Columbia, the property manager has had enough with picking up dog poop after irresponsible tenants. Two weeks ago, 30 tenants received a letter requesting a poop sample from their dog. Actually the word “requesting” is a bit soft. The letter states that refusal is not an option and will lead to immediate eviction. 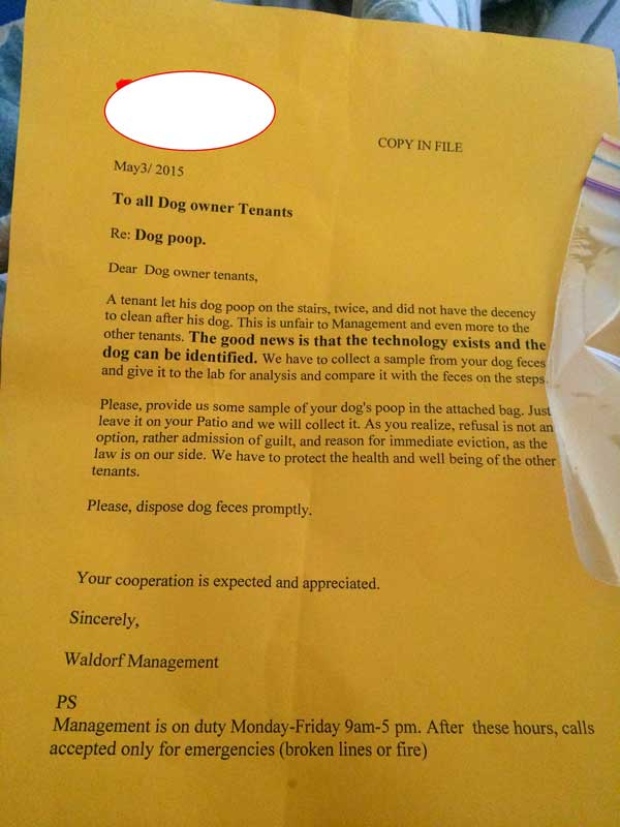 The letter further states that this is not an isolated incident. Dog poop had to be picked up by staff not once but twice! In the opinion of this author, the property manager must have quite an aversion to dog poop indeed.

How is dog poop tested? A DNA testing firm, PooPrints Canada based in Alberta provides such a service. It states that dog samples can be collected by swabs and then stored into a database. Since no law exists to compel tenants to provide dog DNA samples on the request of a landlord, it remains to be seen if the letter can be enforced in a court of law should the tenants choose not to comply.