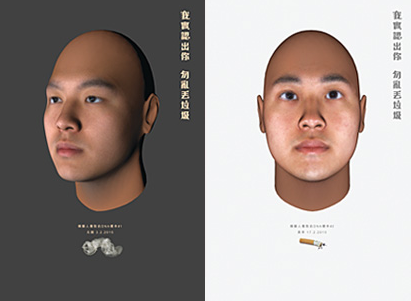 A marketing campaign is set to start in Hong Kong warning passerby that their cigarettes butts, coffee cups or other trash that contain their DNA will be analyzed by authorities. Their faces will be reconstructed from DNA and posters will be made of them and will be posted publicly.

The tactic was conceived by PR firm Ogilvy and Mather. The campaign is one of a kind, it is interactive and innovative, said an official.

The science of DNA does not currently make it possible to reconstruct the phenotype of a face from DNA. The firm is gambling on the lack of knowledge of the general population in regards to DNA testing. In the opinion of this author, simply filming a street using a video camera then printing out the faces of offenders would be simpler, cheaper and far more accurate then what is suggested in their video. Despite the potential shortcomings, we remain hopeful that it this campaign will have a positive impact for the environment. You can read more about DNA testing here.