Genetic link between creativity and insanity found, according to new study.

From the ancient greeks, to Shakespeare, to Hollywood, as well as countless other, the myth of the suffering genius is quite persistent. Now, science suggests that it might not be a myth at all. 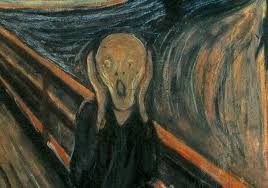 A new study published in the journal Nature Neuroscience, reports a genetic basis for the myth. The study is based on the medical and genetic data of 86,000 Icelanders as well as 35,000 Swedes.

The study divides participants into two groups; one associated with high creativity and one who is not. The creative group includes those of a profession that is generally considered to be of an artistic nature such as painter, musician, write or dancer. The second group is composited of non-artistic professions such as farmers or salesperson.

The study conclude that people from the artistic group are 25% more likely to carry the gene variants associated with bipolar disorder or schizophrenia.

The study was performed by deCODE, a genetic testing company in Reykjavik, Iceland.